The Doctrine of Completed Staff Work

A few years ago, my boss at Bose Corporation gave me a simple 2-page document that changed the way I thought about “managing my boss” forever. It really opened my eyes for what he expected and how to get the most out of our relationship. Last week in a conversation with one of my employees, this document popped into my mind. After a quick call to my old boss, he instantly recalled the name of the document and I quickly found it on Google. The document is called “The Doctrine of Complete Staff Work.” I think it should be sub-titled “How to Manage Your Boss.”

Although the words below were originally written as a Canadian Army staff memo in 1942, the essence of 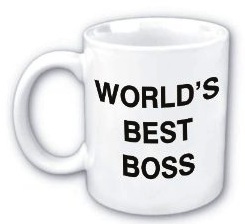 the memorandum is fantastic. I believe that these words are a blueprint for how employees should manage their boss.As you read it, try to look beyond the formality and military-speak. Instead, focus on the the content and you’ll quickly see why it’s so brilliant.

Are you frustrated with your manager? Do you wish your boss provided more direction? Whether you are in a start-up like Punchbowl or an established company like Bose Corporation, this document — in only 575 words — provides guidance for any employee on how to manage their boss.

Special note: I’d like to thank Mitch Nollman of Bose Corporation for sharing this document and encouraging me to look beyond the army formality so that I would internalize the key points. I’d also like to acknowledge the source of this piece. The best information I could found online suggests that the piece was written by Canadian Major W. H. (Hazen) Codner, Detachment Commander, RCSU (Prairie) Det Edmonton. If you have better information, please let me know.

The Doctrine of Completed Staff Work

Completed staff work is the study of a problem, and presentation of a solution, by a staff member, in such form that all that remains to be done on the part of the boss is to indicate approval or disapproval of the completed action. The words “completed action” are emphasized because the more difficult the problem is, the more the tendency is to present the problem to the boss in a piecemeal fashion.It is your duty as a staff member to work out the details. You should not consult your boss in the determination of those details, no matter how perplexing they may be. You may and should consult other staff members. The product, whether it involves the pronouncement of a new policy or affects an established one, when presented to the boss for approval or disapproval, must be worked out in a finished form.

It is your job to advise your boss what she or he ought to do, not to ask your boss what you ought to do. The boss needs answers, not questions. Your job is to study, write, restudy, and rewrite until you have evolved a single proposed action–the best one of all you have considered. Your boss merely approves or disapproves.

Do not worry your boss with long explanations and memos. Writing a memo to your boss does not constitute completed staff work. But writing a memo for your boss to send to someone else does. Your views should be placed before the boss in finished form so that the boss can make them his or her views simply by signing the document. In most instances, completed staff work results in a single document prepared for the signature of the boss without accompanying comment. If the proper result is reached, the boss will usually recognize it at once. If the boss wants comment or explanation, she or he will ask for it.

The completed staff work theory may result in more work for the staff member but it results in more freedom for the boss. This is as it should be. Further, it accomplishes two things:

1. The boss is protected from half-baked ideas, voluminous memos, and immature oral presentations.
2. The staff member who has a real idea to sell is enabled more readily to find a market.

When you have finished your completed staff work the final test is this: If you were the boss would you be willing to sign the paper you have prepared, and stake your professional reputation on its being right? If the answer is no, take it back and work it over, because it is not yet completed staff work.